This quote from the book 1937 book “Think and Grow Rich” has gained a lot of popularity in recent years as a way to describe the power of positive thinking. However, many people question whether or not it’s really true. The key is, that there is a difference between belief, faith, and delusion.  The difference is that true belief has a foundation in reason. The problem is that it can be hard to tell them apart. After all, the genius often resembles the madman until he produces proof.

People, who question the validity of this quote will say things like, “If I believe I can jump off a building and fly, will that keep me from hitting the ground?” Of course, the answer is no. That’s not a belief, that’s delusion unless you have a glider, a parachute, a wingsuit or a jetpack. All of those things seemed like crazy ideas when they were first conceived, but because people believed they were possible, they all now exist.

The Wright brothers believed in their flying machine when others said it was impossible and now millions of people fly in an airplane every day. Their belief was based on thousands of hours of research and study. It took more than belief to invent the airplane. The secret ingredient was action, also known as work. They worked on their invention for years and they crashed hundreds of times but eventually what they conceived and believed was achieved.

Mastermind groups help people create success because they can help with all three things in this quote from Dr. Hill. They include brainstorming and idea sharing to help you conceive your vision. They help with belief because they provide validation for good ideas or can help you abandon bad ideas. They help people achieve more by inspiring action and increasing accountability. Mastermind groups can help you conceive, believe and achieve! 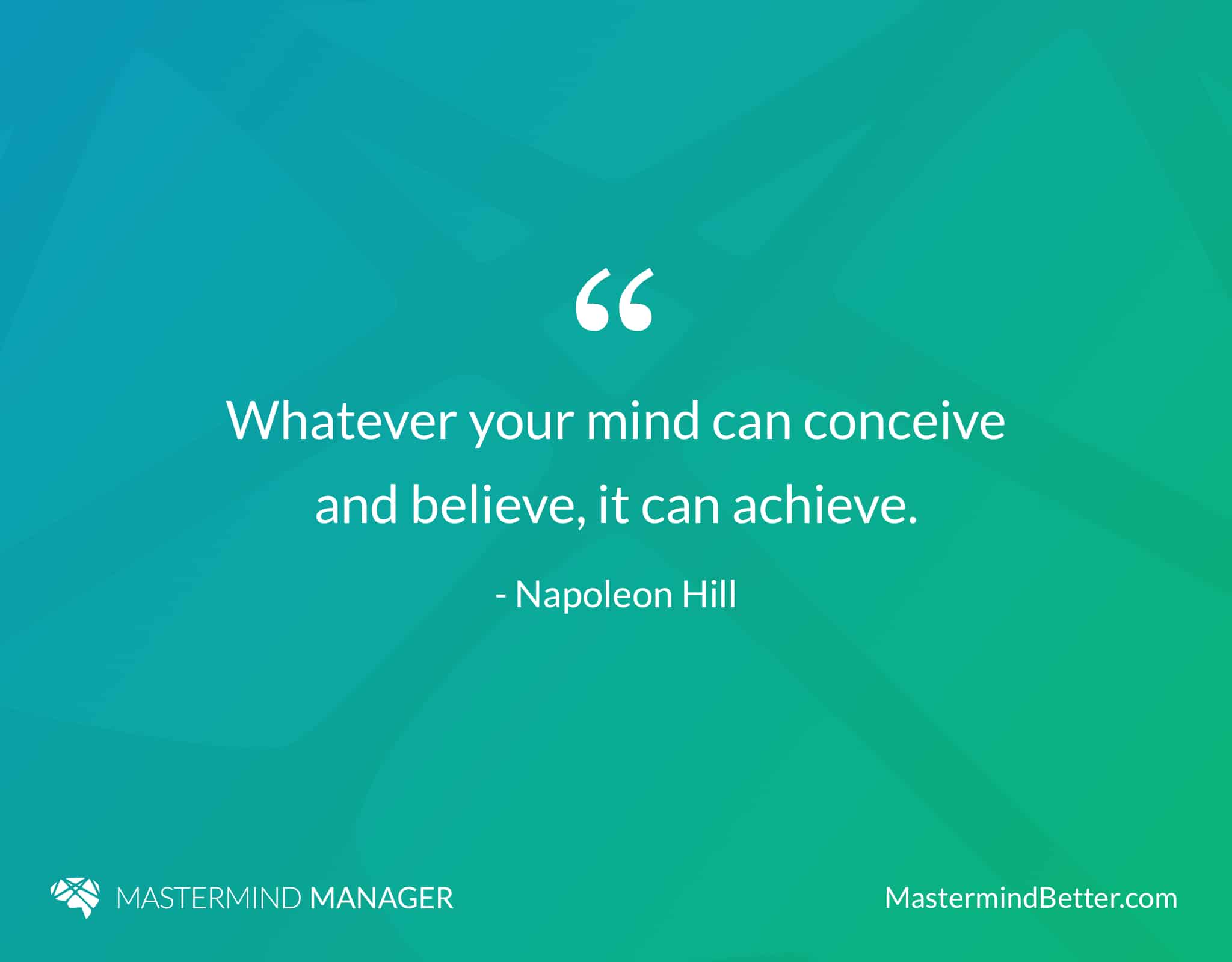 Do you want better results from your Mastermind?

We are working with existing masterminds to build something awesome: a tool that we hope will help people work together to achieve their dreams. Provide your info below and we'll let you know when it's ready to go.